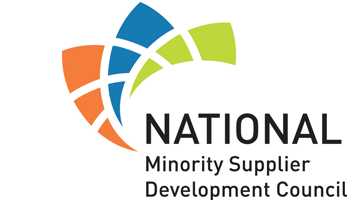 We are proud to announce that PS Energy has been named the 2016 Class IV Southern Region Supplier of the Year by the National Minority Supplier Development Council (NMSDC).

Chartered in 1972, NMSDC is the global leader in advancing opportunities for its over 12,000 certified Asian, Black, Hispanic and Native American business enterprises and connecting them to its corporate members. Its network includes a national office in New York and 23 regional affiliates throughout the United States.

The 2016 NMSDC Supplier of the Year Awards recognized Asian, Black, Hispanic and Native American businesses for their business growth and development, operational success, support of other minority businesses and active participation in the community. The honorees were divided into categories based on annual sales, with category IV including business enterprises with more than $50 million in sales.

Founded by Livia Whisenhunt in 1985, PS Energy is one of the top diversity and women-owned businesses in the United States and has received numerous awards in its thirty year history, including recognition in 2009 by Hispanic Business Magazine as the third largest Hispanic-owned energy company in the country, the Edison Electric Institute (EEI) Supplier Diversity award in 2014 and the Georgia Minority Supplier Development Council (GMSDC) Supplier of the Year in 2006 and 2015.

Committed to supplier diversity, PS Energy works with qualified minority and women-owned and operated suppliers who meet their Supplier Diversity Program requirements—the goal of which is to create long-term value for customers and the local community, while helping suppliers grow their businesses.

Regarding this latest award, Livia Whisenhunt says, “PS Energy is truly honored to be recognized by the NMSDC. I attribute our company’s success to determination, customer loyalty and a team of dedicated employees who have stayed the course. We are very proud to be a member of the NMSDC who works tirelessly to help certified minority businesses succeed in the corporate and public sector and I thank them again for this award.”