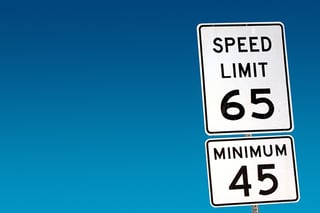 It seems that when there is a proposed rule or regulation affecting the trucking industry, there is a great amount of buzz and often two sides vehemently opposed.

The proposed rule by the U.S. Department of Transportation regarding mandatory speed limiters on heavy trucks is no exception. In one corner you have the industry’s largest trade group, American Trucking Associations (ATA) in favor of the rule which mandates that heavy trucks—weighing more than 26,000 pounds—be fitted with electronic devices that would limit top speeds to no higher than 65 mph. They argue that reducing and regulating truck speed via the device would decrease the number of collisions on U.S. roads.

In the other corner, you have opponents of the proposal, such as the Owner Operator Independent Drivers Association (OOIDA), who also cite roadway safety as their primary concern. However, they argue that the device would create differentials in speed between trucks and cars, which they believe would increase the likelihood of collisions and especially collisions on busy roads.

As with most things related to the passing—or not—of government rules and regulations, it takes time and this rule has been in the works for more than a decade. Further, according to the National Highway Traffic Safety Administration, it takes at least a year after a regulation is first published to go into effect. Regarding this particular case, the Federal Motor Carrier Safety Administration (FMCSA) published the rule in August of 2015.

Also affecting and perhaps complicating when this rule may or not pass is the new administration, with their focus at the present being cabinet appointments and building out their team. This worries proponents of the rule who had hoped to get it passed during the Obama administration and who are now fearful that the rule could perhaps stall indefinitely.

Although both proponents and opponents of speed limiters cite safety as their primary concern, each side—as you can only imagine—has very different views on how speed limiters can help or hinder safety.

And for the view from the other side, opponents of speed limiters cite these safety concerns:

So what corner are you in? Yay…nay…or undecided?

We would love to hear your thoughts on the proposed rule and how it could affect your fleet operations.

*For the full text of the petition, click here