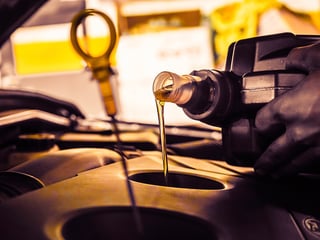 It’s not too early to start thinking ahead to December 1, 2016. Not because it’s both National Pie Day and Bifocals at the Monitor Liberation Day, but because December 1st is when the American Petroleum Institute’s (API) two new diesel engine oil standards—API Service Categories CK-4 and FA-4—will first appear in the API Service Symbol donut.

Eventually replacing the current CJ-4 oils, the API is now preparing to license engine oil against these new standards. The delay in licensing until December gives marketers time to test their new formulations and have them ready for market.

These improvements require commercial vehicle engine oils with performance capabilities that are beyond those of the current CJ-4 oils.

The API and Engine Oil Standards

Establishing engine oil standards to protect engines, meet new government regulations and ensure engine oil performance is nothing new for the API. They have been doing so since the 1940s. However, it has been around a decade since the last

Protecting engines, compliance with government regulations and engine oil performance were all considered in the development of CK-4 and FA-4, but there is one thing about the introduction of these oils that is different. This is the first time that the API has introduced two categories at the same time, since CF and CF-2 in 1994.

The New Standards and Your Fleet

What do these new diesel engine oil standards mean for your fleet operations? In a nutshell, they mean lower operating expenses with better fuel economy, longer vehicle life with reduced engine wear and tear deposits, reduced maintenance costs and reduced downtime. Or, in an even smaller nutshell, they mean a boost to your bottom line.

To determine which oil is right for your fleet, review the age of your vehicles. If your fleet has both older and newer vehicles, you may want to keep both CK-4 and FA-4 oils on hand until your older vehicles are cycled out of your fleet.