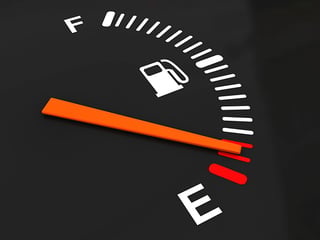 When it comes to fuel economy, most people are well aware of the tried-and-true methods that help save money on gas. “Don’t crank the AC,” and “Ease the pedal to the metal” are two of the more obvious ones that come to mind.

What about this one: Coasting down a hill in neutral helps conserve gas.

Not only is this illegal and dangerous, it is false and there are studies that prove that engines in neutral actually do use gas. But believe it or not, this is a fuel economy myth that many people mistakenly think is true.

With fuel generally being a fleet’s largest expense, improving the fuel economy of your vehicles can lead to significant savings that boost your bottom line. While you can’t control the price of fuel, you can control how to better use it.  Separating fuel economy myth from fuel economy reality will help you do just that.

Fuel economy myths are all too common and some can even lower gas mileage. Follow along for a reality check on five of the most common fuel economy misconceptions.  Share these with your drivers to help make every drop of your fleet fuel count.

REALITY: If your fleet consisted of 1976 AMC Pacers this would be true. While dirty air filters used to impact gas mileage in older engines, that is not true today. Modern vehicles are engineered to precisely control the air/fuel ratio, depending on the amount of air coming through the filter. Reducing the airflow causes the engine to automatically reduce the amount of fuel that is used.

While a dirty air filter won’t affect gas mileage, it will make acceleration much slower, reduce engine life and increase emissions. So make sure to change the air filter as required.

MYTH: Keeping the Tank at Least Half Full Prevents Gas Evaporation Inside the Tank

REALITY: The thinking behind this myth is that the higher the volume of gas in the tank, the lower the chances of evaporation. Years ago this may have been true as gas just evaporated into the air. Vehicles today are designed to keep fuel vapors in the tank so the engine can burn them.

Keeping the tank at least half full won’t help you with fuel economy, but it will provide peace of mind and keep the engine running if your drivers are stranded.

MYTH: It Takes More Fuel to Start a Vehicle than It Does Allowing It to Idle

REALITY: Idling burns through gas quickly, at a rate of a quart to a half-gallon per hour. If drivers are in a situation where they will be idling more than a few minutes, it is best to turn off the engine. Engines are designed to start right back up, especially after being warmed.

Shutting off the engine and restarting uses about the same amount of gas as 30 seconds of idling, so imagine how much gas is wasted when a vehicle is at a dead stop for 30 minutes with the engine running.

Turning off the engine keeps money in your pocket and also reduces the amount of carbon dioxide released in the air, a win for you and a win for the environment.

REALITY: This myth has been around for a long time. In fact, all the way back to the 1980s when carburetors kept vehicle engines running.

From the 80s onward electronic fuel injection replaced carburetors. With fuel injection, a sensor feeds the cylinders the right air-fuel mixture to generate a combustion event. Carburetor-run vehicles lacked this sensor and if gas was too cold, the vehicle would stall, so warming the carburetor was necessary.

The fastest way to warm up the engine is to use it. It might be a bit chilly until the radiator warms up, but a few minutes in a cold vehicle is just a minor inconvenience when you are saving time, fuel and money.

REALITY: Not only is this not true, according to fueleconomy.gov, but gas mileage actually continues to improve during the first several years of vehicle ownership, the break-in period, or about the first 5,000 miles.

The key to fuel economy is keeping vehicles properly maintained. According to the EPA, vehicles that are even 10 to 15 years old will see only a small decrease in fuel economy with proper maintenance.

There are a number of reasons you may want to put an older vehicle out to pasture, including the lack of safety features and the latest technologies -- just don’t include significantly better fuel economy as one of them.

Learn more about what actually impacts fuel efficiency by downloading our white paper.