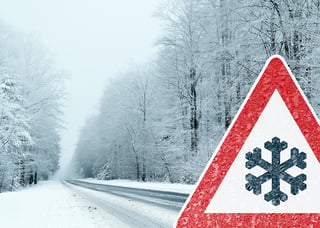 If it seems that your fleet requires refueling more frequently as the mercury slides lower, it’s not your imagination. Colder temperatures and winter driving conditions can mean, among other things, increased idle time, lower tire pressure and heavier rolling resistance, all of which can have a significant impact on fuel economy, no matter how responsible your drivers are or how carefully your vehicles are maintained.

But, fear not; Old Man Winter does not have to get the best of you and wreak havoc on your fuel budget. Taking the bite out of the winter fuel blues by gaining more control is as simple as knowing why winter weather conditions increase fuel consumption and knowing what steps you can take to “slow the flow.”

So, let’s take a closer look.

Generally, 75-85 degrees (F) is the ideal outside air temperature for optimal MPG. Once the temperature goes below 68 degrees, mileage starts to decrease rapidly, with the biggest MPG drops occurring under 45 degrees—as much as 20-28% from the summer months.

The aerodynamic drag of a vehicle is proportional to air density. Cold winter air is denser than warm and humid summer air and, thereby, increases wind resistance, which, in turn, increases fuel consumption by approximately 1.3%. Additionally, wind speed is higher in winter, which increases total aerodynamic drag and, subsequently, lowers fuel economy.

According to the U.S. Environmental Protection Agency (EPA), poor road conditions can increase fuel consumption anywhere from 7-35%. Slush, snow, ice, sand, gravel and salt all contribute to asphalt deterioration, meaning vehicles have to work harder to overcome the increased rolling resistance and push through road covering. Working harder means more fuel burned, as does wheel slippage, which is caused by roads covered in snow and/or ice.

Colder temperatures mean an increase in the use of electrical accessories, including lights, defrosters, heater blower motors and windshield washer pumps to clean off road spray and remove ice from windshields. Since these are all powered by the electrical system, which gets its power from the engine, the more you use them, the more the engine works and the more fuel you burn.

An engine takes longer to warm up in colder temperatures and reach its most fuel-efficient temperature. This affects fuel economy the most on shorter routes more so than on longer ones, as vehicles on shorter routes are being operated at a less-than-optimal temperature and, consequently, are not burning fuel as efficiently.

Getting better fuel economy in the winter months does not require drastic changes. Simple actions can make a big difference. Take a look at these recommendations from the EPA on how to improve mileage in cold weather and be sure to share them with your drivers. Improving fuel economy in winter is all about driving smarter—not harder.

To get more information about preparing your fleet for the cold (and for just about anything else), download our checklist, Preparing Your Fleet for Disaster.