Lessons from Hurricanes and How to Prepare for Disasters 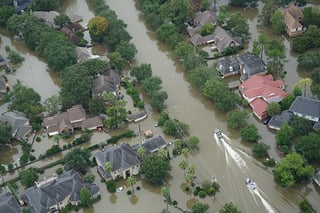 Most of the recovery expenses will go toward property damage, but a good bit of those expenses—at least in the case of Harvey and Irma—will also go toward vehicle replacement.

According to Jonathan Smoke, Chief Economist for Cox Automotive, as many as one million vehicles will need to be replaced because of damage caused by Hurricanes Harvey and Irma. If you break those numbers down specifically for fleet vehicles like Enterprise and Hertz, the estimates are:

While we don’t have a report yet for fleets in Puerto Rico, the country has faced many challenges, including fuel shortages and recruiting truck drivers to travel to Puerto Rico to help distribute relief supplies. Only 20 percent of Puerto Rico’s truck drivers have reported back to work since Hurricane Maria swept across the country, making it next to impossible for relief workers to distribute supplies.

Hurricane Lessons: Learning from the Past to Prepare for the Future

The Atlantic hurricane season runs from June to November with the peak period from early August through the end of October, so there are only a few weeks left until everyone can breathe a collective sigh of relief.

In the meantime, it’s never too late to learn lessons from Harvey, Irma and Maria so that the next time disaster strikes, your fleet is better protected. To that end, let’s look at some steps you can take to help achieve that goal.

As Texas, Florida and Puerto Rico recover from hurricanes, other areas of the country are preparing for what’s just around the corner—ice storms, blizzards and winter flooding—and the steps above are just as applicable for these winter weather events.

While we can never know for sure what’s next, we can be prepared by planning ahead and having a disaster strategy in place. With nature, anything is possible.

Our disaster preparation checklist can help make sure you don't miss any details.