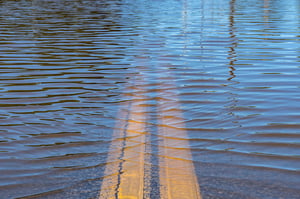 The death and devastation in 2018 from Atlantic Hurricanes Florence and Michael was so severe that their names were permanently retired from the World Meteorological Organization’s list of storm names.

According to Atlantic hurricane experts from AccuWeather, of those people and businesses impacted by Florence and Michael, those lacking a disaster plan had greater difficulty in dealing with the storm – both as it occurred and during the recovery. With the 2019 Atlantic hurricane season officially underway as of June 1 and concluding November 30 (with mid-August through mid-October typically the most active and dangerous period), a key takeaway from 2018 is the importance of having a well-thought-out disaster plan. It should be a plan that covers the time periods immediately before, during and following the disaster. Such a plan is essential for protecting your employees, your operations, and your reputation with customers and the general public.

The Climate Prediction Center of the National Oceanic and Atmospheric Administration (NOAA) predicts a near-normal Atlantic season this year, with nine to fifteen named storms (winds of 39 mph or higher) likely. Of these, four to eight could become hurricanes (winds of 75 mph or higher), including two to four major hurricanes (Category 3, 4 or 5, with winds of 111 mph or higher). NOAA provides these ranges with 70 percent confidence, and if they are correct, the 2019 Atlantic hurricane season could shape up to be very similar to that of 2018.

But, four hurricanes or eight, major or not, what’s important to keep in mind is a common phrase used by meteorologists — “It only takes one.” That means, no matter how active or inactive a hurricane season is predicted to be, you should be equally prepared every season. It only takes one hurricane coming ashore to cause immense destruction from which you may never fully recover. To ensure your disaster plan is rock-solid and your company and fleet are protected, you should know the answer to each of the following questions.

When You Know You are in a Storm’s Path, Be Proactive

Have Arrangements in Place for Fuel

Keep the Lines of Communication Clear and Open

Numerous resources are available to help you plan for disaster, including FEMA, Ready.gov, and SBA.gov. Once you’ve created a disaster plan, don’t let it gather dust. Keep it updated, regularly drill all employees on procedures, analyze areas that need improvement, and implement changes.

The most active and dangerous period for hurricane season is right around the corner. Will you be ready?

Here's how to be sure that you're preventing mistakes from occurring in your fleet operation by reviewing the top 10 fleet management mistakes and how to avoid them.