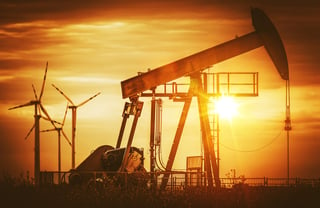 They are the world’s primary energy source. They are non-renewable and can’t be replenished in a short period of time. Burning them causes air pollution, which contributes to acid rain, smog and global warming.

They are fossil fuels—coal, oil and natural gas that are burned to produce electricity or refined for use as heating or transportation fuel.

Fossil fuels have been around for millions of years, even before dinosaurs ruled the Earth. They were also once alive, as they are formed from the remains of plants and animals that are buried under layer upon layer of mud, rock and sand.

Fossil fuels have driven U.S. and global development over the last century, but given their current consumption levels, over the next 100 to 200 years their use will end. Just like the mighty dinosaur, fossil fuels will become extinct.

We are so dependent upon fossil fuels, imagine how different your life would be if they suddenly disappeared. One thing’s for sure, you’d be getting in your daily 10,000 steps.

Let’s take a look at some interesting facts on this major energy source that among other things, heats and cools our homes, turns night into day at the flip of a switch and gets us where we’re going—and one we all too often take for granted.