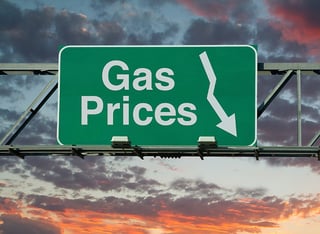 Repeating its lackluster performance of Q3, the energy sector was the worst performing sector of Q4 with a composite of energy commodities falling just above 15%. Prices were affected by supply and demand. An excess supply and decreasing demand in Q4 crude oil, oil products and natural gas prices spiraled downward to over a 25% drop by year-end 2015. This represented more than a 50% price drop over the past two years.

The most volatile commodity for the last two years, crude oil continued its downward slide from Q3 with NYMEX light sweet crude falling 17.85% in Q4 with increasing supplies a concern. Reaching a new yearly low on December 21st of $33.98 per barrel, just above the December 2008 low of $32.48. NYMEX light sweet crude closed on December 31st at $37.04 per barrel, near the yearly lows, while increasing global supplies remained a concern.

Domestic crude oil production in Q4 remained close to where it was in Q3 at around nine million barrels per day. Rig counts continued their fall in Q4 with counts at 536 on December 31st 2015 compared to 1,482 on December 31st 2014. Moving forward, falling rig counts could send crude oil production below the nine million barrel mark.

Usually rallying in the spring and summer, RBOB gasoline took an entirely different path in Q4 and rallied from the worst performing commodity of Q3 to the best performing of Q4 with only a 7% decrease in price.

Fuel is showing strength at year-end relative to crude oil prices, low inventories, low prices and warmer winter temperatures, which led to more cars on the road and an overall increase in driving time, were contributing factors to the stronger finish.

In Q4, natural gas prices were all over the chart, making Q4 their most volatile of 2015. The volatility was caused in part by decreasing residential and commercial demand due to warmer winter temperatures. Prices were also affected by strong production from major shale plays and shrinking demand that failed to keep pace. In addition to the Q3 fall of nearly 11%, natural gas prices fell an additional 7.41% in Q4 and were down 19.11 % overall for 2015.