2016 Energy Performance RoundUp and What to Look for in 2017 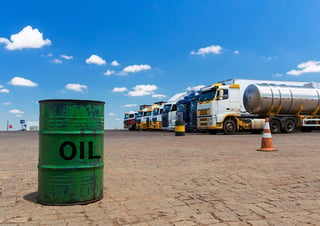 Crude oil is still close to half the price it was in June 2014 and overall, all energy commodities with the exception of ethanol, posted double-digit gains in Q4 and finished 2016 on a strong note—up 42.57% from December 31, 2015.

Crude oil production in the United States fell below 9 million barrels a day in April. Rig counts had been falling since last year, but the recent move above $50 caused the number of rigs to rebound. By December 30, 2016, rig counts numbered 525—100 higher than at the end of Q3 and only 11 shy of levels from one year ago.

Looking ahead to 2017, analysts expect oil to trade in a range from $50 to $60 per barrel from January through March. This prediction is based on a 19.61% decline of daily historical volatility on NYMEX futures—signaling that oil is entering a period of consolidation that will keep it in a $10 trading range.

However, there are events occurring all over the world that could send oil higher in an instant. The Middle East is a particularly volatile region and with the United Kingdom leaving the Union, Europe may also present challenges, as could China, North Korea and Japan.

Gasoline had been in a trading pattern of making lower highs and lower lows since trading at $3.2672 per gallon in March 2013. At the end of December, it broke above the May 2016 highs—indicating that the trading pattern could be ending.

Going into 2017, product prices look bullish. With the incoming Trump administration’s promise of the biggest infrastructure project since the 1950s, the demand for energy will increase. Additionally, the project will spur economic growth, which will also increase the demand for oil products. To that end, the technical and fundamental outlook is positive.

A weather sensitive commodity and therefore volatile, going forward in 2017 look for the price at times to move higher quickly and depending on Mother Nature, frigid weather could mean a rise to $5 or even higher.

Looking ahead to 2017, ethanol should follow gasoline prices. But keep on eye on political events under the new administration that could affect the economics for refining corn into ethanol—i.e., the ethanol mandate could become an issue and with that an increase in volatility in the ethanol futures markets, as discussions over changing the mandate or leaving it unchanged come into play.