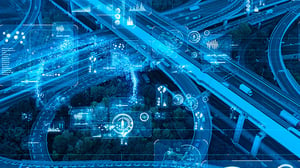 As 2019 comes to a close, let’s take a look at how autonomous vehicles will transform the transportation industry, and the benefits they will provide your fleet. Plus, a look at the U.S. and global trends to keep on eye on that can affect fuel prices in 2020.

While autonomous vehicles (AVs) have been on the radar for a while, they are increasingly becoming a reality. By one estimate, there will be 10 million AVs on U.S. roads by 2020 and as many as 21 million by 2030.

Today, most AVs are classified as level two. Level two means they’re equipped with semi-autonomous technology/features, like adaptive cruise control, lane centering, steering, and brake/acceleration support. Even when these are activated, the human at the wheel must be driving while always supervising the features.

As the scale climbs to level five AVs, humans are not part of the driving equation. And the vehicle — if commercial — can function as a mobile office. Level five AVs are not expected to be on U.S. roads for another decade. But considering the speed that technology moves, expect increased levels of automation to escalate over the upcoming years.

There are numerous discussions throughout the fleet industry on concerns and unknowns regarding AVs. While these discussions are necessary, the benefits that autonomous technology will provide fleets must not be overlooked. These include:

Looking ahead, fuel prices will be dependent upon on-going and emerging trends. The EIA forecasts that in 2020, the annual average retail price of gasoline will be $2.62, and the average price of diesel $3.04.

Trends to keep on eye on going forward to protect your budget and profit margin include: