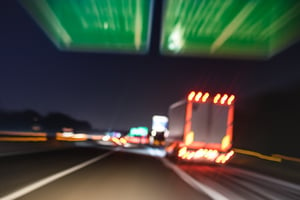 After being in decline for nearly a decade, vehicle fatality rates have increased in the U.S. over the past few years.

In fact, 2016 fatal traffic crash data— released in October 2017 by the U.S. Department of Transportation’s National Highway Traffic Safety Administration — shows 37,462 lives lost on U.S. roads in 2016, an increase of 5.6% from 2015. Factors linked to the rise include reckless behaviors, such as speeding and not wearing seat belts, as well as a 2.2% increase in the number of vehicle miles traveled on U.S. roads.

With growing highway congestion and driver distractions here to stay, improving driver safety and reducing accidents has never been more important than now.

Technology to the Rescue

Just one accident — fatal or nonfatal — can place a significant financial burden on your budget. A collision can cost millions in liability payments, damaged property and increased insurance premiums, as well as hinder productivity, harm your company’s reputation and cause you to lose customers.

Thankfully, there’s vehicle safety technology — specifically, vehicle safety systems — that can help mitigate the chances of any of the above happening. Though no solution is 100% effective, some fleets have been able to reduce accidents by as much as 90%, through the implementation of safety systems in their vehicles.

The way safety systems work is fairly simple. Sensors and cameras incorporated in or on the vehicle detect changes and provide real-time warnings to the driver so he/she can react accordingly. Generally, there are two types of systems — passive and active.

In passive systems, visual or audible warnings alert the driver of changes and use either exterior or interior cameras mounted on the vehicle.

Features of passive safety systems can include:

Active systems take technology a few steps further. They operate similarly to passive systems, but automatically initiate an action, such as braking or steering, if the driver does not respond to a warning in time.

Features of active safety systems can include:

As new technologies emerge, so does controversy. Vehicle safety systems are no different. There are those who feel that drivers will rely too much on the technology and not on their skills. But, the fact is, as continuous advancements are made and adoption is more widespread, safety systems will play a major part in making roads safer.

Are these systems perfect? No. Are they an affordable and reliable technology to help keep vehicles safer on the roads? Yes.

According to the Insurance Institute of Highway Safety, systems such as automatic braking reduce crashes by an average of 40%, while a forward collision warning system reduces rear-end accidents by 23%.

When it comes to using technology to increase the safety of your drivers, those numbers are hard to ignore.

Questions or Comments? We'd love to talk to you. Feel free to contact us